Larry OG, sometimes called Lemon Larry, has been around for a few years now making the rounds at dispensaries throughout the West Coast and Colorado. This Indica originally hails from Orange County, and made a name for itself by winning 1st place for a medical Indica strain in Cannabis Cup 2014.

Larry OG strain is derived from a cross between the beloved OG Kush and the SFV OG Kush. The THC count of Larry OG is high at around 21%. Its CBD is usually around 0.5%.

The Larry OG nugs are visually appealing. With a minty green texture covered with an abundance of trichomes and orange-brown hair, the dense nugs seem to retain the right proportions of moisture, thus is lucrative to marijuana enthusiasts. Lemon is the dominant aroma of the Larry OG, thus justifying its alternate name “Lemon Larry.” You might notice the earthy and pine undertone scents upon subsequent sniffs.

The taste of the Larry OG is what you’d expect from its smell. The citrusy taste of the kush doesn’t irritate the throat and is quite smooth. But it is quite powerful, and a little heavy on the lungs.

The effect of the hits doesn’t take much time to settle in. The Larry OG completely relaxes the body and makes you feel productive, happy and euphoric. As a result, it alleviates stress almost instantly and is a good companion for those suffering from depression. In fact, many users have reported that they feel stimulated and relaxed at the same time while high on this strain. It can also help you increase your focus.

Since it relaxes the body, the Larry OG helps in relieving you of physical pains. The high THC content may make you quite hungry, so be prepared to get your munchies on.

Be the first to review “Larry OG (AAA)” Cancel reply 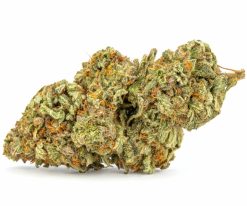 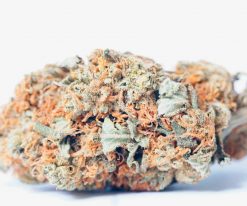 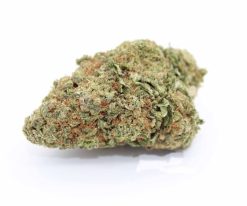 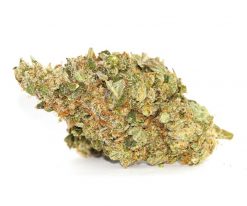 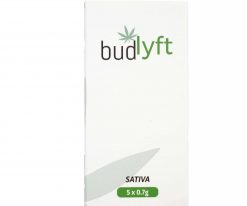